The first matron was a Miss Mary Macleod, who later died in Canada in 1935. She kept up a real interest in her Homes and especially in those who had been under her care. Every few years, until age prevented, she returned to Scotland to visit her relatives and the Orphanage.

The first child registered there in 1880 was 10 year-old Marjory Miller. The Orphanage log book states: “Born on the 13th April 1870. Admitted to Orphanage Sept 1880. Her mother, who was married a second time, died in Feby 1882. Her father kept a crockery shop in Petty Street Inverness. Her uncle W. Millar was a skinner in Anderson St Inverness. 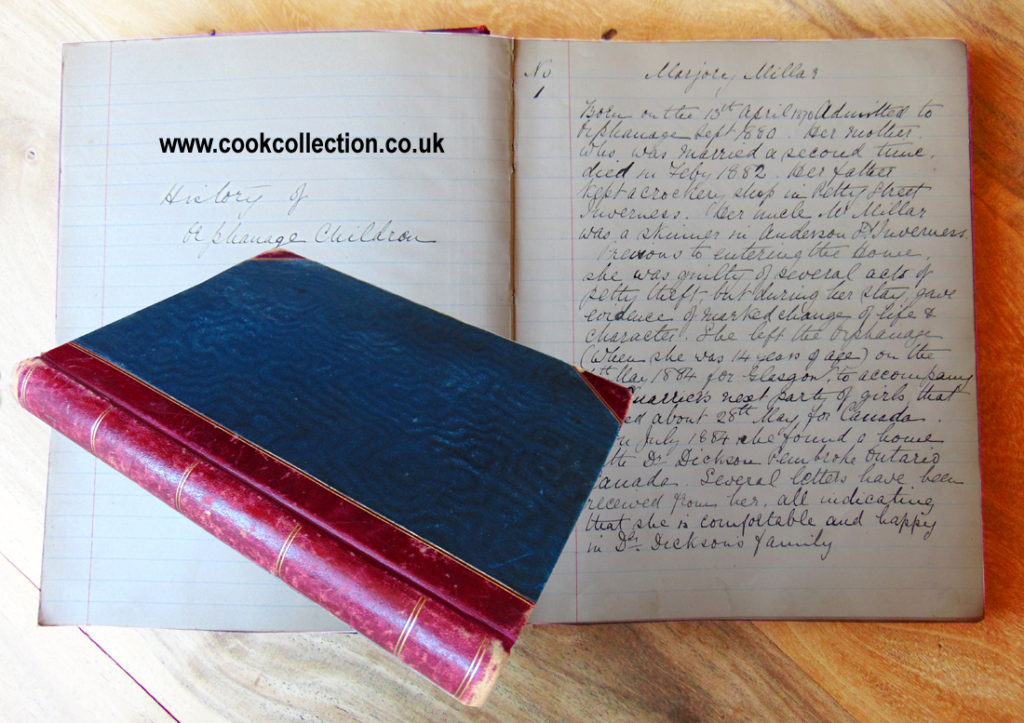 The first volume of the Orphanage Admissions book covers children from 1880 to 1913.

“Previous to entering the house, she was guilty of several acts of petty theft, but during her stay, gave evidence of marked change of life & character. She left the Ophanage (when she was 14 years of age) on the 6th May 1884 for Glasgow, to accompany Mr. Quarrier’s next party of girls that sailed about 28th May for Canada. In July 1884 she found a home with Dr. Dickson Pembroke, Ontario, Canada. Several letters have been received from her, all indicating that she is comfortable and happy in Dr. Dickson’s family.”

The Orphanage occupied a particularly warm place in the regard of the public, brought about by the deep personal interest taken in the institution by the members of the Cook, Elliot, and Walker families, and by others who made the welfare of the Highland orphans their special concern.

Joseph Cook, with flat cap standing at left rear, with children from the Orphanage.

In the early 1930s those responsible for the management of the Orphanage passed through a period of anxiety on account of a scheme proposed by the Educational Endowments Commission for the future administration of the establishment. Had that scheme been adopted in its original form, there would have been a great danger of the Orphanage becoming more of an ‘institution’ and less of a home. The danger passed, and the Educational Endowments Commissioners put on record their high appreciation of the work done at the Orphanage; they recognised the noble and unselfish service of the managers by adopting a scheme which ensured the Orphanage continued to be conducted by those who managed it successfully in the past.

In 1936, however, the Scottish Education Department gave notice that they had approved of the Highland Orphanage Trust Scheme which, among other things, provided for the education of the orphan children.

At the 56th annual meeting of the Highland Orphanage in 1936, James Walker, the Honorable Secretary, reported that the number of children in the home at the end of May was 65, comprising 33 girls and 32 boys. The health report was good; the Orphanage had been free from epidemics which was a welcome change from both preceding years.

Minutes of the meeting on 3rd June 1936 record that: “It was agreed to increase the salaries of the Matron Mrs Ritchie and her assistants Miss Whyte and Miss Clark by the sum of two pounds each per month.” The undersigned were W. R. Elliot, M. Elliot, James Walker and Joseph Cook. 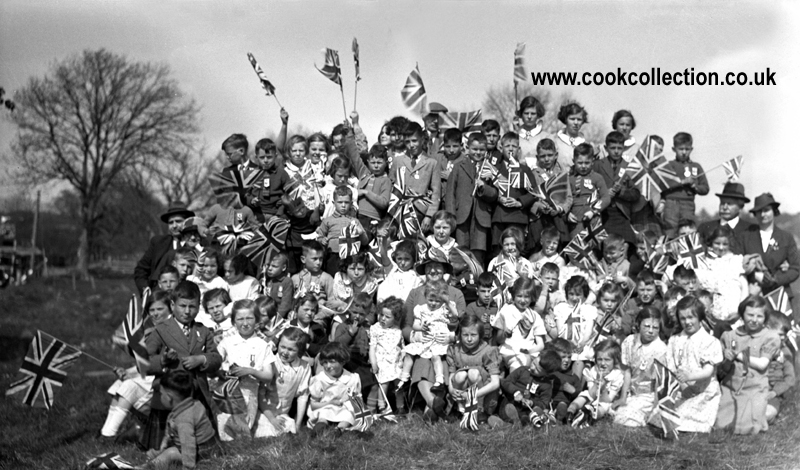